How hard can it be to turn your radio off? Quite hard according to this caller to LBC!

When Gloria called Nick Abbot, she had her radio on, so Nick asked her to turn it off. Easy right? Apparently not... 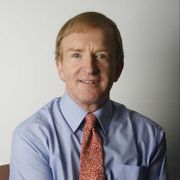