Boris Johnson looked like a changed man, says editor who interviewed him

Boris Johnson seems like a changed man since he contracted coronavirus, according to the only journalist who has interviewed him since he recovered.

The Prime Minister spoke to David Wooding from The Sun in his only interview since leaving intensive care following his battle with Covid-19.

Mr Johnson spent four days in intensive care as he battled coronavirus, before then welcoming his baby son into the world on Wednesday.

Speaking to Nick Ferrari, he explained the differences he noticed after speaking to the Prime Minister.

Mr Wooding said: "Dazed is the way I would describe him. It was clear that the Prime Minister had been on a bit of a rollercoaster in the last few weeks.

"Think about it. Two visits to two different hospitals, one where you nearly lose your own life and a couple of weeks later you're there witnessing the arrival of a new life, your own son.

"There's a mixture of relief, shock, exhaustion and also unbridled joy, tinged with a bit of fear.

"He looked like a changed man to me. There was a new Boris emerging from this.

Hear his full interview at the top of the page.

What does Switzerland's lockdown look like? Iain Dale discovers 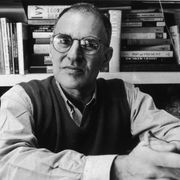