The UKIP leader said if Brits who had left the country to fight for ISIS were not killed in action they should be tried for treason.

The leader of UKIP has told LBC that people who go abroad to fight for the Islamic State group should be charged with treason.

Henry Bolton says the law is currently unusable but should be applied to, what he calls, "traitors."

The newly-elected leader has told Nick, the legislation needs to be reviewed.

"We need to take the Treason Act out of the Public Order Act, where Tony Blair put it, and make it fit for purpose.

"If you go to fight with, or support, an enemy of this country that we are at war with then you should be subject to the Treason Act. You can't be at the moment, it doesn't work in that way.

"These people are traitors, and if they die fighting against us then so be it."

Watch the interview at the top of this page. 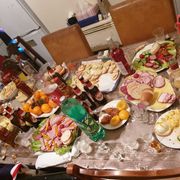