Tobais Ellwood paid tribute to the bravery of police officers as he remembered PC Keith Palmer, the officer he tried to save in the Westminster Terror Attack.

- UK Police Memorial: How To Help Our Appeal

PC Palmer was killed by Khalid Mamood outside the Houses of Parliament and Conservative MP Mr Ellwood gave him CPR in an attempt to save his life.

Speaking to Nick Ferrari as we launch LBC launches an appeal for the UK Police Memorial, he said that the bravery of the police is so important. 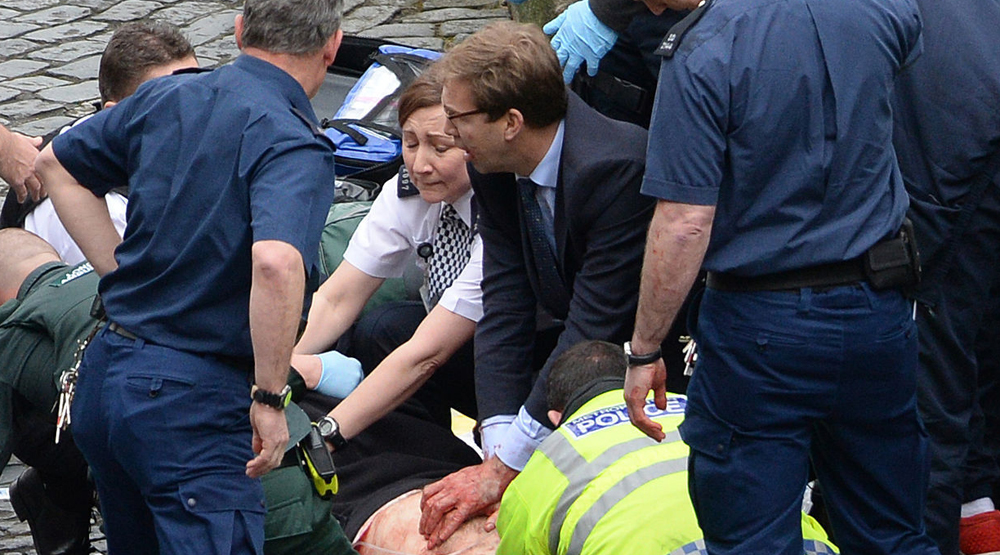 Mr Ellwood told LBC: "Many of us did our best to step forward and try and save PC Palmer and sadly we were not able to do that.

"And it just brings home the dangers that all police officers face, day in and day out. They get up in the morning they put their uniforms on and they go about their duty, not knowing what is what is around the corner and I have absolute praise for them.

"I come froman Army background and there's always a sense of anxiety and trepidation when a battalion, a regiment goes on operations abroad and it's always a delight when they get back. We can then pause and take stock.

"But in the police fraternity, it's every single day they simply don't know what they're going to face and on this particular day, on the 22nd of March, Keith Palmer, who was not just part of the police, he was part of the Westminster community as well, gave that ultimate sacrifice.

"And I'm so pleased to be supporting the memorial in the National Arboretum in Staffordshire to commemorate those who have been so brave in order to try and keep our communities safe."

Environment Secretary: It's not the right time to close UK borders

Nick Ferrari: 'Why should my listeners have any faith in you and your colleagues?'

72% of black Britons are unlikely to have Covid jab: Sir Geoff Palmer theorises why

'Post-Brexit review of UK workers' rights should worry everybody'