Stanley Johnson has urged cooperation between nations amid a brewing row between the EU and UK over supplies of the Covid vaccine.

Former Conservative MEP Stanley Johnson tells LBC that a row between the EU and the UK over the supply of vaccines is an "issue of attitude."

His comments come as the European Commission last night threatened to impose controls on vaccines following criticism of a slow rollout in the EU.

Mr Johnson told LBC's Nick Ferrari that the issue should not be treated as "us or them," urging cooperation between nations.

Telling LBC he has had his own jab Mr Johnson told Nick, "now is the time to work with all our partners."

When Nick pointed out that the language coming from the European side was hostile with one German MEP making comments foreshadowing a “trade war," Mr Johnson reiterated his point that language needed to be de-escalated and "not to retaliate in kind."

"We mustn't get into a bidding war or a verbal war one way or the other," Mr Johnson said.

In an interview with Euronews, German MEP Peter Liese raised the prospect of a possible vaccine trade war.

"For five weeks now the BioNTech vaccine that is only produced in Europe, that has been developed with the aid of the German state and European Union money, is shipped to the United Kingdom," said Liese.

"So people in the United Kingdom are vaccinated with a very good vaccine that is produced in Europe, supported by European money. If there is anyone thinking that European citizens would accept that we give this high-quality vaccine to the UK and would accept to be treated as second class by UK based company.

"I think the only consequence can be to immediately stop the export of the BioNTech vaccine and then we are in the middle of a trade war. So, the company and the UK better think twice."

European health commissioner Stella Kyriakides accused AstraZeneca, which works with Oxford University on its vaccine, of failing to give a valid explanation for failing to deliver doses to the bloc. 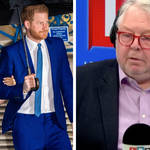 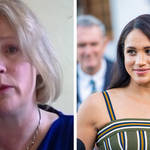 'There's no room for racism in our society': Minister reacts to Harry and Meghan interview