Vince Cable Calls On Theresa May To Sack Boris Johnson

Speaking on LBC the Lib Dem leader described the Conservative party as in a state of "open civil war."

Boris Johnson has been criticised for a "clear misuse" of official figures by the statistics authority after he revived the referendum pledge that up to £350 million a week extra could be spent on the NHS after Brexit.

Its leader, Sir David Norgrove has written to the Foreign Secretary saying he's not allowed for the amount the UK gets back in grants from the EU.

He said: "He should be fired. I cannot understand how Theresa May is able to sit back and have one of her senior colleagues publicly contradicting her.

"It's a bit like a school where the discipline has completely broken down and the headteacher, sitting in her study barricaded in, not willing to come out and impose discipline.

"We are in the middle of some very difficult and sensitive negotiations with the EU - involving large amounts of tax payer's money.

"When different people in the government team are saying opposite things, in Brussels Barnier and his mates must just be laughing. Who are they dealing with?"

Watch the full damning clip above. 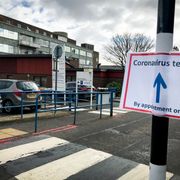 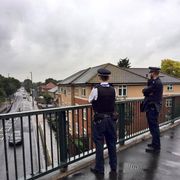