Brian Llewellyn refused a school's request to remove the violent elements from his Punch and Judy show.

Mr Llewellyn, a performer for over 40 years, was asked by the school - which he has not named - to drop parts of his show where Punch hits Judy.

He told Nick Ferrari: "We politely wrote back and said well no, it's a traditional Punch and Judy show. It wouldn't be Punch and Judy if Punch didn't hit everybody.

"The children come and laugh their heads off and shout at it - it doesn't represent wife beating."

When Nick pointed out that Punch "does hit his wife though," Mr LLewellyn said: "but he also hits the doctor, the judge, the policeman, the crocodile, the black man, he hits everybody."

Nick asked: "He hits the black man? Could it be we're looking at an act that perhaps has had its day?"

James O'Brien finds a caller that is "close to profound" 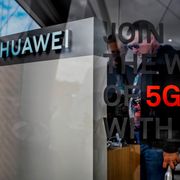 BT and Vodafone to lobby PM in support of Huawei