A former Conservative MP insisted that the disastrous management of the Covid-19 pandemic warrants the Prime Minister's resignation.

Dr Phillip Lee joined Shelagh Fogarty to dissect the latest news on the fiasco surrounding the Prime Minister's chief aide and whether or not he broke lockdown rules by travelling 260 miles from London to County Durham.

Dr Lee, who is now a Liberal Democrat member after crossing the floor in Westminster in 2019 insisted that Dominic Cummings has "clearly broken the rules" and called for the debate to end, because "the whole thing distracts us from the fact that we're dealing with a useless administration." Dr Lee told Shelagh that the UK's coronavirus response is testament to that.

"I want people to be angry that we've had tens of thousands of unnecessary deaths" he said. Because of a less than satisfactory response to coronavirus it is clear to Dr Lee that there are now "reasons why the PM and the cabinet should go" as they have proved to be ineffective.

Dr Lee insisted that "the responsibility rests with the PM and his government and they have failed", referencing the slow reaction to the spread of the virus in the UK because Boris Johnson took time off in February. He suggested that the "absence of government activity in February is why this country has been hit so hard."

Dr Lee told Shelagh that the government had a duty of care to the British people especially in times of crisis such as coronavirus. He stated that this time, the government "haven't protected us." He added that we should be merciless in holding those in charge to account, stating that "the people culpable for getting this wrong should walk."

Shelagh took up Dr Lee's argument but wondered if his motivations were influenced by the fact that he's "never had belief in Boris Johnson", referencing the time he crossed the floor in 2019 to become a Liberal Democrat MP. He insisted that it did play a factor, telling Shelagh that he didn't want to serve under a leader that "plays fast and loose with the truth in all aspects of his life."

Aside from his actions in 2019, Dr Lee told Shelagh that the government's coronavirus response "has found them out for what they are and what they're capable of", adding that the slow response has resulted in "deeply traumatic" experiences for parents, healthcare workers and anyone who has been affected by lockdown.

"Of course Mr Cummings should walk but not only because he's been bending the rules" Dr Lee said, but "because he's culpable for the worst possible response to a pandemic." 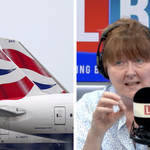 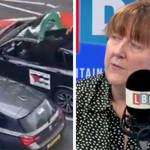 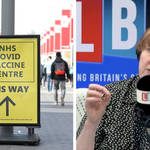