Nigel Evans said in the event of a no-deal Brexit, the idea of cuts to income tax, corporation tax, stamp duty and VAT are appealing, but that it's not necessary for an emergency budget.

Nigel Evans told Tom Swarbrick that tax cuts would not be a bad idea in the event of a no-deal Brexit.

The LBC presenter had referred to a piece in the Daily Telegraph that suggested Philip Hammond, the Chancellor of the Exchequer, would have to cut income tax, corporation tax, stamp duty, and VAT, as well as announcing an emergency budget.

The Joint Executive Secretary of the 1922 Committee said: "I'm not so sure about an emergency budget, but I do rather like some of the things you've just said.

"I think that is something that really does attract me." 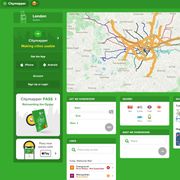