Sir Anthony Seldon told Tom Swarbrick that he welcomes the idea of bringing back the maintenance grant, and that it could be means tested.

The Vice-Chancellor of the University of Buckingham believes disadvantaged students should be studying at local universities, instead of aiming at those further afield.

He said: "I think we should be working really hard to get people from less advantaged backgrounds into university, but they should be going to local universities."

Sir Seldon echoed views held by the Vice-Chancellor of Middlesex University, who suggested that "a policy of encouraging local study has many benefits."

In a blog post, Tim Blackman wrote: "It is less costly to students and taxpayers, greener in transport timers and would take pressure off many local housing markets.

"It also offers an option for phasing in free higher education." 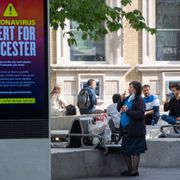