The SNP's Alex Salmond couldn't resist taking a pot-shot at the different campaign groups pushing for the UK to leave the European Union.

Speaking just hours after the Vote Leave group was awarded official designation for the anti-EU campaign in the upcoming referendum, Salmond weighed in.

"It matters because the officially designated group are the ones who get the public money in order to pursue their campaign and get more recognition, which might spill over into broadcasting.

"This reminds me, these three competing groups, it's like the Life of Brian.

"I think most people are saying: for goodness' sake, get on with it!"

Earlier in the show Nigel Farage had joined John Stapleton to give his reaction to losing the bid for official designation.

Salmond couldn't resist offering his take on that, describing it as "the most resigned" he'd heard Nigel Farage. 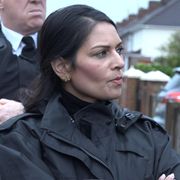 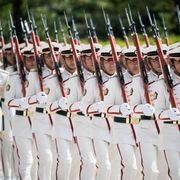