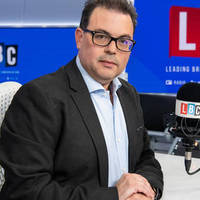 IR35 is a tax scheme which, in short, means contractors will have to pay more tax. In this guide, I'll discuss: what the problem is, the purpose behind IR35, how it works, and whether you can challenge an IR35 assessment.

HMRC describes IR35 as an anti-avoidance tax legislation designed to tax 'disguised' employment at the same rate as normal employees. In this context, "disguised employment" means workers who receive payments from a client via an intermediary, such as their own limited company, but who would have been classified as employees if they'd been paid directly by them.

What's the problem: why does the government care?

Before IR35 came in, people who owned their own limited companies were better off from a tax point of view in three ways.

1. They took their income as dividends, not salary. That used to attract a lower income tax rate, although it doesn't any more. However, dividends are not subject to national insurance payments, which saves up to 13.8% in national insurance contributions.

2. They could set-off expenses against tax, often including a proportion of their home utility bills.

3. They could also pay dividends to family members, and therefore take advantage of more than one person's lower tax bands and tax exemptions.

It used to be the responsibility of the one-person limited companies to decide whether to pay out profit as dividend, or pay the owner a salary. Obviously, even if the owner might be viewed as an employee if it was tested in court, the company would almost assess pay the monies as dividends and so benefit from the lower tax.

This meant the state was losing out on potentially many hundreds of millions of pounds in tax revenue.

IR35 is a process meaning that if the individual would be regarded as an 'employee' if engaged directly by the client, rather than through a limited personal service company, they be taxed as if employees - meaning they'd pay more.

From April 2021, where you have a contractor working for a medium or large business, three things happen:

1. It's the responsibility of the client - the main business - and not the contractor's personal service company - to decide IR35 status.

2. If the main business, or client, thinks the contractor would be classified as an employee if engaged directly, the main business is now responsible for deducting tax and national insurance - at normal employee tax rates - from all payments made to the limited company.

The impact of that is most clients are veering on the side of caution, even where IR35 probably doesn't bite, and deducting employee rate tax - because they don't want to get caught by HMRC. This is what HMRC intends to happen, it means that the HMRC is getting more money, and contractors are losing out.

A 'medium' or 'large' organisation, i.e. one that has to apply the new IR35 rules, is any organisation which ticks two of these three boxes:

- Annual turnover of more than £10.2 million (this figure normally changes each year).

To be fair, some of those contractors probably shouldn't have been avoiding employee tax in the first place. If they work Mon-Fri for one organisation, don't have other clients, don't run their own independent business, and have just set up a limited company for tax avoidance purposes, it's easier to understand the government's position. But for those who are genuine self-employed subcontractors with multiple clients, and with business expenses, it's harder for them to take - especially if they're not getting the benefits of employment status such as holiday pay, pensions, sickpay, redundancy rights and other benefits.

This, in fact, happened with public sector contractors in 2017, and HMRC estimates it raised an extra £550m as a result.

How does the assessment work?

Under the IR35 scheme, the client will take a variety of factors into account to build up an overall picture of whether you would be classed as an 'employee' if you worked directly for them, rather than through a limited personal service company.

The main factors are:

Control: what degree of control does the client have over what, how, when and where the contractor completes the work? The more control, the more likely they would be regarded as an employee.

Financial risk: if you take financial risks when you enter into the contract, and carry your own insurance, that points away from you being an employee. If your fee or remuneration is guaranteed, or based on the time you spend, that points towards employee status.

Integration: if you are 'part and parcel' of the client's organisation, for example you are on their internal phone lists, they supply equipment, you have an email address from their company, or you wear a uniform, that points towards employee status. If you provide your own equipment, have multiple clients, and are genuinely in business on your own account, that points away from you being an employee.

HMRC provides an online quiz tool for you to use, to see whether you should properly be categorised as an employee or genuinely self-employed. It's called CEST (Check Employment Status for Tax) and you can access it here https://www.gov.uk/guidance/check-employment-status-for-tax .

The problem is that often it doesn't give a clear answer. A lot of the time, it says your status is unclear - and you're then at the mercy of your client, who has a vested interest in categorising you as subject to the IR35 rules, so they won't get hit themselves with the tax liability.

How do you challenge the client's assessment?

If your client has assessed you as subject to IR35, can you challenge it?

The client has to take reasonable care when making its assessment, and it should send you its reasons, in writing, in something called a Status Determination Statement before making the first payment under IR35.

The client also has to allow you to challenge its assessment, and must have a clear procedure for doing so.

But ultimately, as long as they give you a chance to try to change their minds, it's their decision. There is no legal mechanism, either via HMRC or through the courts, that allows you to challenge their determination once its been taken. That sounds tremendously unfair - and it is - but the government has taken the fairly hard-nosed view that if you don't like what your client has done, and you're genuinely running an independent business and it's not disguised employment, you can just go and find a new client.

The law in this guide is believed to be correct as of January 2021. It is provided for general guidance only and has not been tailored to your own circumstances. Always seek independent legal advice.