Jacob Rees-Mogg defended an MP who blocked a law protecting girls from FGM - saying Sir Christopher Chope was “fair” to do it because “the government didn’t make the time for this bill”.

Speaking during his LBC phone-in, the Conservative Eurosceptic told Nick Ferrari: “It is important to defend people who do things you wouldn’t choose to do”.

Sir Christopher sparked fury earlier this month when he shouted “object” to the bill when it was presented to the Commons for its second reading.

Parliamentary rules state a private member’s bill listed for a second reading but not debated can be blocked if just one MP objects.

Sir Christopher insists he does not object to the issue - but wants all legalisation properly debated.

Mr Rees-Mogg defended his colleague - but admitted he would not have objected himself.

“This is the government’s fault, this is not Sir Christopher’s fault,” he said.

“Government controls parliamentary timetable, there is time to pass this bill properly.

“What Sir Christopher was stopping was a bill being passed without any debate.

“Parliament exists to debate laws, we can’t pass laws which effect people’s lives without them being considered.

“This was an attempt to short-circuit the legislative process, the government should have made time for the bill which it is now going to do.” 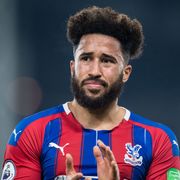