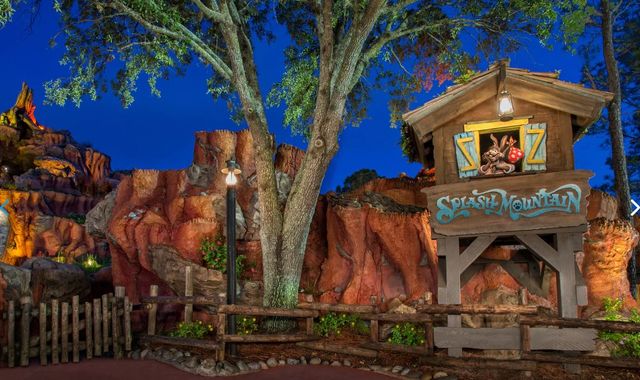 Disney theme park ride Splash Mountain is being remodelled to remove all references to 1946 movie Song of the South, which is widely viewed as racist.

Disney says the ride, which features at California's Disneyland and Florida's Magic Kingdom, will now instead be based on The Princess and the Frog, a 2009 film with an African American female lead.

The announcement comes as companies across the globe rename brands deemed to have racist connotations amid the Black Lives Matter movement.

In the post, Disney said the changes had been planned since last year.

"The new concept is inclusive - one that all of our guests can connect with and be inspired by, and it speaks to the diversity of the millions of people who visit our parks each year," it said.

Splash Mountain opened as a log flume ride at Disneyland in the late 1980s.

The National Association for the Advancement of Colored People was among the groups that protested the film's release. It is not available on the Disney Plus streaming service, and has not been released in theatres in decades.

In The Princess and the Frog, actress Anika Noni Rose voices the role of a 1920s aspiring chef in New Orleans who kisses a prince who has been turned into a frog and becomes one herself.

An online petition calling for the ride to be changed read: "Disney parks should be a home for all to enjoy regardless of race, age, whatever your background may be.

"While the ride is considered a beloved classic, its history and storyline are steeped in extremely problematic and stereotypical racist tropes from the 1946 film Song of the South."