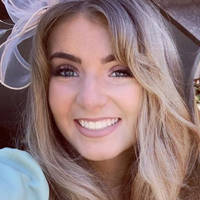 A British teacher living in China who was stranded 600 miles away from her home in Wuhan since January because of the coronavirus pandemic has finally made it back.

Shell Buchanan, a teacher from Lancashire, has been living in Xiamen, Fujian, since the outbreak forced the borders of Wuhan to close - the Chinese city where the virus first started to spread.

Shell had left her home in Wuhan to go on a mini-break during the Chinese New Year celebrations. She had no idea that she would be stranded hundreds of miles from home unable to return.

The lockdown measures that had been put in place in Wuhan, in a bid to control the spread of Covid-19, were lifted on the 8th April, meaning Ms Buchanan finally had a chance to get back home.

She planned to travel back by train at the weekend, but told LBC she thought it would be a gruelling process.

“I’m just tired and honestly, I don’t think it’s going to be a fun experience," she said.

"I think that people are really afraid of foreigners at the moment, like terrified. I think they’ll hold me places and check where I’ve been and the suchlike.

“You need a code to travel, I managed to get one but I’ve heard stories about people being asked to leave public transport because they’re not Chinese.

“I do genuinely think the journey is going to be difficult. I’m a little worried because I know there are still cases of the virus around. I’ve been warned to be very cautious.”

After travelling for more than 10 hours on Saturday, Shell made it back to her apartment. She told LBC it was a huge relief:

“I managed to get through all of the checks but it took so long, they just kept pulling me to the side, but I’ve made it back. They were fearful that I had come from another country, it was becoming really stressful, but eventually I got through.

“It’s how I expected {here}. We have to sign in and out and they give me a health certificate every day. The volunteer staff told me to try and go out as little as possible and store food, as it's still risky to be outside.

“The shops aren’t really open, just a couple of supermarkets and corner shops. Not many people are walking the streets but I live by one of the huge lakes and there were families at the park which was nice.

“The pollution level has visibly dropped and it's beautiful. It's strange to see it so empty, but lovely to hear the birds singing and the water from the great lakes splashing against the shore.”

“The [apartment] security here were really lovely and friendly and welcomed me back in. My apartment smells so bad, so I’m going to have to do a cleaning spree immediately but it’s great just to have my clothes and my laptop and feel comfortable.

“I’ve still got to plan when to get back to England and keep working. I was only intending on being out here for a school year.

“It’s such a relief to be able to travel back after such a long time of not knowing when that was going to happen.”