Caribbean cruise ship turns back after 300 get vomiting bug 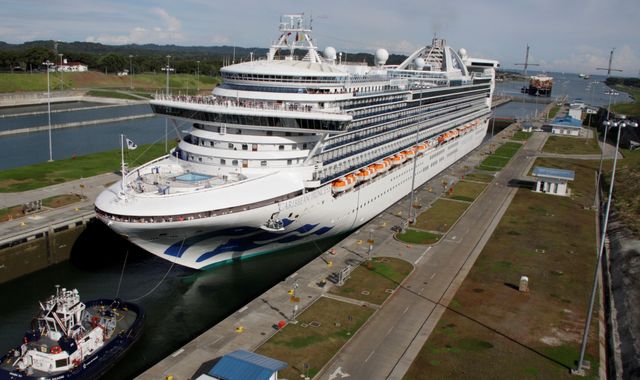 A Caribbean cruise has been cut short after more than 300 people on board the ship began vomiting and suffering from diarrhoea.

The Caribbean Princess was carrying more than 3,000 passengers and more than 1,100 crew members on a two-week trip that began on 2 February.

But it has had to turn back to its home port in Fort Lauderdale, Florida, after at least 299 passengers and 22 crew members became sick, according to the US Centers for Disease Control and Prevention.

The ship's operator, California-based Princess Cruise Lines Ltd, said the voyage had been cut short "out of an abundance of caution due to guests reporting symptoms consistent with a mild case of gastrointestinal illness".

It said those affected were being treated by medics on the ship.

The company said: "This is a highly unusual development and we share the disappointment of our guests.

"However, the health and safety of our guests and crew is our top priority, and in working with the US Centers for Disease Control and Prevention (CDC), it was decided out of an abundance of caution, in this specific instance, to discontinue the cruise."

Meanwhile, the Health Ministry of Trinidad & Tobago confirmed in a statement that it denied the ship entry as a precautionary measure.

The ship is expected to arrive in Florida on 13 February and will resume its schedule three days later.

Passengers will receive a 50% refund on fares and a future cruise credit valued at 50% of their cruise, the cruise company said.