This video from Australia captures the scary moment a small child falls between the platform and the train he's trying to board with his grandparents.

The video has been circulated by rail authorities in Australia as a warning to parents and guardians to take care when getting on trains with children.

John Brewster, the grandad seen in the video, has admitted the incident "took years off my life".

Little Ayden, aged just two-and-a-half, loves trains but when it came time to get on the Cronulla train, he missed the step.

Because he's so small, he slipped right through the gap between train and platform. Frantic, John and his wife signalled to the train station staff to make sure the train didn't move.

"I look at those gaps now and just shake my head and it runs through my mind. I really do hope people are truly aware of it. He could’ve hit his chin on the train and broken his neck, and this would be very different." 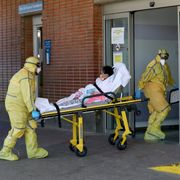 Coronavirus: Deaths in Spain fall for fourth day in a row 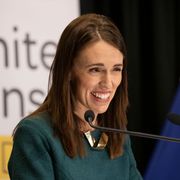