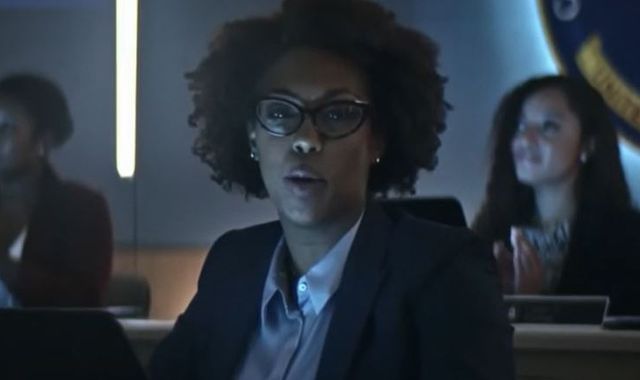 The CIA has launched a recruitment campaign across online video streaming websites, emphasising the value that women and people from minority ethnic backgrounds bring to the agency.

The thrilling commercial - which could play out before audiences watch a geopolitical drama - stars a number of young actors, with the majority of speaking roles belonging to women.

It's the first time the agency has run such ads, and comes as intelligence communities across the world face challenging competition from the private sector to recruit the best candidates.

The agency's director Gina Haspel - who is the first woman to hold the post on a permanent basis - has described tackling recruitment as one of her priorities.

In a statement, she said: "Advertising on streaming services is an important step forward to reach talented Americans with the diversity of experiences we require."

According to the most recent annual demographic report, diversity has been increasing across the American intelligence community - although its demography isn't representative of the US population in general.

Women comprise 38.8% of staff across the 17 agencies in the US intelligence community, and 41.2% of new hires.

Staff from ethnic minority backgrounds account for 26.2% for the workforce, and 27.9% of new hires, compared to 38.2% of the population.

"Diversity and inclusion is not only important to the workforce at CIA, it's essential to our mission of keeping America safe," the agency said earlier this year.

During the advert, a language specialist flags up how a "technically accurate" translation misunderstands the meaning of a phrase given its context, as an example of the value people from diverse backgrounds bring to the agency's work.

Recruitment and retention in the intelligence community has been challenged by persistent criticisms from President Donald Trump, especially regarding the collective assessment that the Russian state interfered in the 2016 election in his favour.

The president has dismissed this assessment as "ridiculous" and has had protracted arguments with multiple agencies' directors regarding their conduct and criticism of him - although notably Secretary of State Mike Pompeo joined the administration from the CIA.

Mr Pompeo's predecessor, John Brennan, is among those who have repeatedly criticised the president since leaving office.

The president subsequently revoked Mr Brennan's security clearance, in a move seen as an unprecedented act of retribution against one of his most qualified and vocal critics.

At the time, Mr Trump accused Mr Brennan of having "leveraged his status as a former high-ranking official with access to highly sensitive information to make a series of unfounded and outrageous allegations, wild outbursts on the internet and television about this administration".

It continued: "Mr Brennan's lying and recent conduct characterised by increasingly frenzied commentary is wholly inconsistent with access to the nation's most closely held secrets."

Mr Brennan said: "My principles are worth far more than clearances. I will not relent."