Coronavirus: 32 million on lockdown in China as death toll rises

Officials in China say the death toll in the coronavirus outbreak has risen to 26, with 830 confirmed cases as 14 people have been tested in the UK for the virus.

Health Secretary Matt Hancock will chair a meeting of the government's COBRA emergency committee to help plan the UK's response to the coronavirus outbreak.

Earlier on Friday, he warned there is an "increased likelihood" of cases occurring in the UK after the virus started to sweep East Asia.

Meanwhile, the World Health Organisation on Thursday decided against declaring the outbreak a global emergency for now.

Almost 32 million people in three cities in China are on lockdown with public transport closed and in the capital Beijing officials have cancelled major events indefinitely, including traditional temple fairs that are a staple of holiday celebrations, to help control the spread of the virus.

With Wuhan on lockdown, a total of 10 cities in central Hubei province also suspended public transportation over the coronavirus outbreak, the Hubei Daily reported on Friday.

Public Health England said of the 14 people tested in the UK five cases have been confirmed negative, while nine are still awaiting results.

Suspected cases have been reported in Scotland and Belfast with the Scottish Government confirming five people were being examined in the country after presenting with symptoms, it is understood another patient was being tested at Belfast's Royal Victoria Hospital.

Other cases have been reported in Japan, South Korea, Singapore, Thailand, the US and Vietnam.

While none of the UK cases has been confirmed as the virus so far, two of those being tested in Scotland had been diagnosed with influenza after travelling to Wuhan, China.

All five are believed to have travelled from Wuhan, the city at the centre of the virus outbreak.

Meanwhile, in China, the death toll has risen to 26 with 830 cases confirmed by the country's National Health Commission in the early hours of Friday morning.

Chinese authorities also announced a new 1,000-bed hospital would be built within six days, solely to treat patients with the virus.

The hospital, modelled on a facility the Chinese government had constructed during the SARS epidemic in the early 2000s, is due to be finished in less than two weeks.

The update from the NHC also confirmed the first recorded death outside of Wuhan, where the virus is thought to have originated.

Bordering Beijing, Hebei's health commission confirmed the death of an 80-year-old man who had returned from Wuhan recently.

The revised death toll came a day after Chinese authorities moved to lock down 10 cities with a combined population of more than 32 million people in an unprecedented effort to contain the deadly new virus, which has spread to other parts of the world during the busy Lunar New Year travel period.

The open-ended lockdowns are unmatched in size, embracing more people than New York City, Los Angeles and Chicago put together.

The train station and airport in Wuhan were shut down, with ferry, subway and bus services also halted.

Normally bustling streets, shopping malls, restaurants and other public spaces in the city of 11 million were eerily quiet.

Police checked all incoming vehicles but did not close off the roads.

Authorities announced similar measures would take effect Friday in the nearby cities of Huanggang and Ezhou.

The Forbidden City, the palace complex in Beijing that is now a museum, announced it would close indefinitely on Saturday. 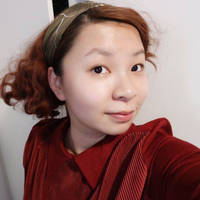 Levels of concern about the virus are high within China, on the country's all-encompassing Weibo social media platform five of the top six trending topics about Coronavirus.

With "Hang On Wuhan" being the top trending topic on the platform used by more than 500 million users, while others were quick to point out the government had cancelled all Spring Festival films, which are traditionally shown around the Chinese New Year holiday.

-Update of infection case of coronavirus

-City of Wuhan shut down

-All Spring Festival Blockbuster Films delayed screening due to the coronavirus

The need for protection in the country has increased the demand for medical masks, at one medical equipment factory in Chengdu, more than 60 staff members have worked overtime to ensure the supply of facial masks is maintained.

Meanwhile, doctors from Shanghai are being deployed to Wuhan to assist overworked medical staff in the city.

Social media users reported within half an hour of the announcement volunteers were being sought 22 nurses from the Shanghai Renji Hospital had registered. The first batch of doctors will arrive in Wuhan on Friday, with three more batches of medical staff expected to follow at staggered times.

Yiyao Zheng is a Chinese journalist and Shanghai native.