Coronavirus: 'Delay' in reporting patient at Austrian ski resort set to be investigated 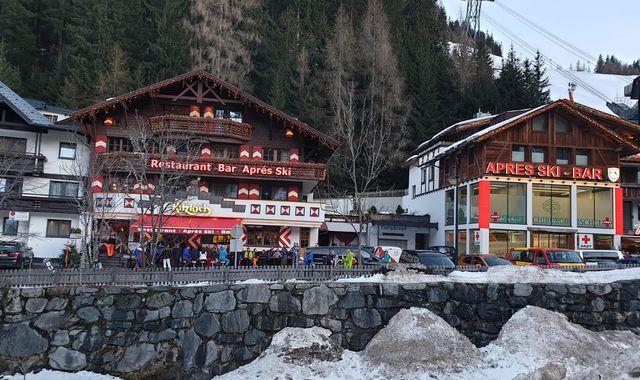 A criminal investigation may be launched into claims a coronavirus patient was reported too late at an Austrian ski resort, which later became a hotspot for the spread of the disease.

Ischgl resort has reportedly been linked to hundreds of COVID-19 cases in Germany, Iceland, Norway and Denmark as well as Austria.

Prosecutors in Austria are now considering opening an investigation into whether a case in Ischgl was reported too late.

According to reports, the inquiry would focus on claims that a worker fell ill at the resort, in the province of Tyrol, in February.

Other popular ski regions in Tyrol, including St Anton, have also emerged as hotspots for the European spread of the virus, which lead to a complete lockdown of the province last week.

Austria has reported nearly 4,000 cases with 21 deaths so far.

The country is mobilising its military reservists for the first time since the Second World War, asking them to fight the outbreak by helping food supplies, medical support and police operations, defence minister Klaudia Tanner said.

Austria still has compulsory military service and men must serve six months in the army or nine months in a civilian service when they reach 18.

Around 3,000 soldiers - 10% of the reserves - will take over coronavirus-related tasks from soldiers whose military service expires in May for three months, Ms Tanner told a news conference.

Elsewhere in Europe, Germany's parliament is set to approve a series of measures that will allow the government to offer aid totalling more than a trillion euros (£900bn) for its 83 million-strong population.

Spain is now the world's second-highest tally of COVID-19 deaths after 738 more were reported on Wednesday, the country's deadliest toll in one day.

Italy still has the most deaths of any nation in the world with 6,820.

There have been more than 435,000 confirmed cases of coronavirus around the world, with more than 19,600 deaths, according to Johns Hopkins University.