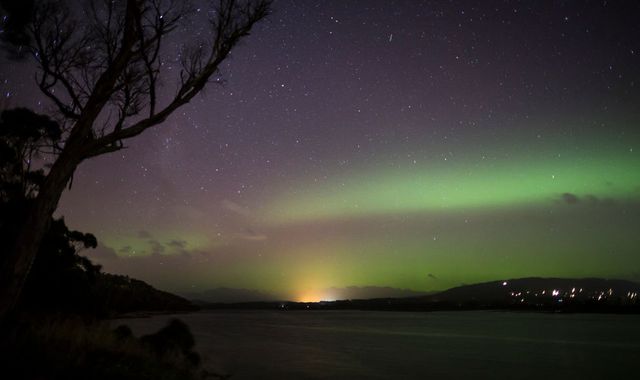 Earth's magnetic field, which is vital to protecting life on our planet from solar radiation, is mysteriously weakening.

On average the planet's magnetic field has lost almost 10% of its strength over the last two centuries, but there is a large localised region of weakness stretching from Africa to South America.

Known as the South Atlantic Anomaly, the field strength in this area has rapidly shrunk over the past 50 years just as the area itself has grown and moved westward.

Over the past five years a second centre of minimum intensity has developed southwest of Africa, which researchers believe indicates the anomaly could split into two separate cells.

The anomaly is causing technical difficulties for satellites orbiting the Earth.

Swarm satellites are designed to identify and precisely measure the different magnetic signals that make up Earth's magnetic field.

Dr Jurgen Matzka, from the German Research Centre for Geosciences, said: "The new, eastern minimum of the South Atlantic Anomaly has appeared over the last decade and in recent years is developing vigorously.

"We are very lucky to have the Swarm satellites in orbit to investigate the development of the South Atlantic Anomaly. The challenge now is to understand the processes in Earth's core driving these changes."

One speculation is that the weakening of the field is a sign that the Earth is heading for a pole reversal - in which the north and south magnetic poles flip.

This flip doesn't happen immediately, but instead would occur over the course of a couple of centuries during which there would be multiple north and south magnetic poles all around the globe.

"Such events have occurred many times throughout the planet's history," said ESA, noting "we are long overdue by the average rate at which these reversals take place (roughly every 250,000 years)".

That said, the space agency also noted that the dip occurring in the South Atlantic was "well within what is considered normal levels of fluctuations".

For people on the surface the anomaly is unlikely to cause any alarm, but satellites and other spacecraft flying through the area are experiencing technical malfunctions.

Because the magnetic field is weaker in the region, charged particles from the cosmos can penetrate through to the altitudes that low-Earth orbiting satellites fly at.

"The mystery of the origin of the South Atlantic Anomaly has yet to be solved," added ESA.

"However, one thing is certain: magnetic field observations from Swarm are providing exciting new insights into the scarcely understood processes of Earth's interior."