L'Oreal to remove words like 'whitening' from all skincare products 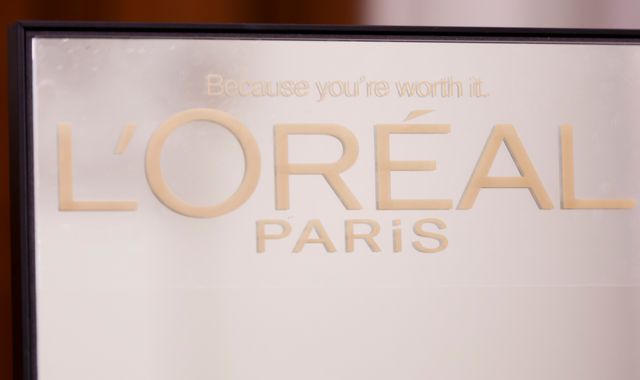 L'Oreal is to remove words like "whitening" from its skin care products, the French cosmetics giant has announced.

The Paris-based company made the decision in the wake of global protests against racism, which were sparked by the killing of George Floyd in the US last month.

L'Oreal said in a statement that it had "decided to remove the words 'white/whitening', 'fair/fairness', 'light/lightening' from all its skin evening products".

The move follows a similar decision by Anglo-Dutch firm Unilever on Thursday.

Companies around the world have faced criticism in the wake of Mr Floyd's death, which happened after a white police officer knelt on his neck for nearly nine minutes during an arrest in Minneapolis.

L'Oreal said earlier this month that it "stands in solidarity with the Black community and against injustice of any kind".

Channelling its famous slogan, the statement added: "Speaking out is worth it."

The post triggered a backlash from critics, who claimed the company's business model and advertising is focused on white consumers.

Among them was model Munroe Bergdorf, who accused the brand of hypocrisy for having fired her three years ago.

Bergdorf was fired as L'Oreal UK's first openly transgender model in 2017, and wrote on Facebook about "the racial violence of white people", saying they were "at odds" with the brand's values.

But she revealed L'Oreal Paris's new president Delphine Viguier later spoke to her and apologised for how the situation was handled at the time of her sacking.

She said she had agreed to take a consultancy role on the company's UK diversity and inclusion advisory board, so she can "practice what I preach".

"As an activist, part of my work is to encourage big businesses to understand their responsibility with regards to diversity and inclusion," Bergdorf said in a statement.

L'Oreal is among a host of companies that have reviewed their practices amid a renewed global focus on racism and the increased prominence of the Black Lives Matter movement.

That campaign seeks to draw attention to systemic and deeply ingrained discrimination faced by black people in the US and other countries across the world.

(c) Sky News 2020: L'Oreal to remove words like 'whitening' from all skincare products