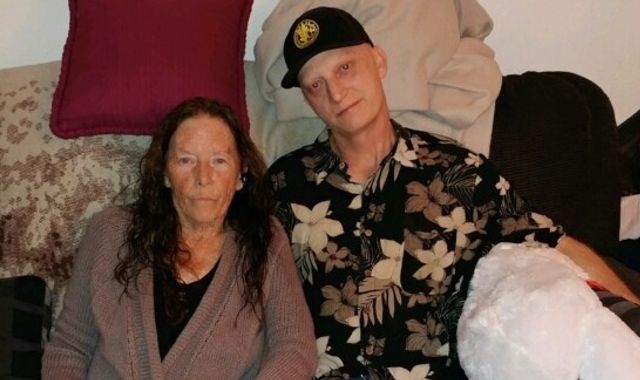 A US Navy veteran detained in Iran for nearly two years has been freed, his family and American officials have said.

Michael White was released from an Iranian prison in mid-March but held in Iran under Swiss custody on medical furlough as the coronavirus outbreak swept the country's prisons.

Due to a number of health conditions, Mr White's family feared for his life in the prison system.

He is now travelling home, with the first leg of his journey on a Swiss government aircraft.

Switzerland looks after US interests with Tehran because America and Iran lack diplomatic relations.

"I am blessed to announce that the nightmare is over, and my son is safely in American custody and on his way home," his mother, Joanne, said in a statement.

President Donald Trump said Mr White would be back with his family "very soon".

"I will never stop working to secure the release of all Americans held hostage overseas! Thank you Switzerland for your great assistance," he said.

Tensions between Tehran and Washington have been increasingly bitter after Mr Trump pulled out of the Iran nuclear deal in 2018 and reimposed US sanctions on Iran's economy.

But both countries have called for the release of prisoners due to the COVID-19 pandemic.

The United States has the highest number of deaths and infections from the virus worldwide, while Iran is the worst-hit country in the Middle East.

Speaking to Fox News, a White House spokesperson said Mr White's release could hopefully lead to an opening between the two nations.

On Tuesday, Iranian scientist Sirous Asgari was flown back to Iran from the US - but officials from both Iran and the US have denied this was part of a swap with Mr White or anyone else.

Mr White, from Imperial Beach in California, was detained by Iranian authorities in July 2018 while visiting a woman he had met online and fallen in love with.

He was sentenced to a decade in prison after being convicted of insulting Iran's supreme leader and posting private information online.

The Trump administration has said it considers the release of American hostages and detainees to be a priority, and recently stepped up pressure on Iran.

It has also called for the release of other Americans including Siamak Namazi and Morad Tahbaz.

On Saturday, British-Iranian detainee Nazanin Zaghari-Ratcliffe was told there would be another delay on a decision over her freedom from a Tehran jail.

The mother-of-one has been out of prison on furlough since mid-March.