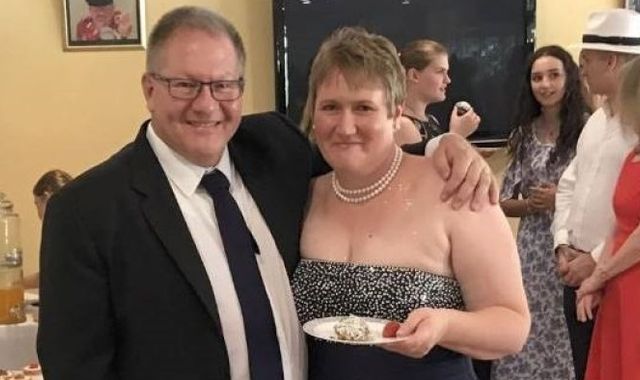 An Australian woman badly injured in a volcanic eruption has woken from a coma to news that her husband and daughter died in the disaster.

Lisa Dallow, 48, had been on New Zealand's White Island with her family and dozens of other tourists when it erupted on 9 December.

Mrs Dallow, an engineer from South Australia, suffered burns to more than 60% of her body.

Twenty-one people were killed, including 17 Australians.

Mrs Dallow's 53-year-old husband Gavin died in a helicopter that was rescuing the injured, and her 15-year-old daughter Zoe died near the island.

A family spokesperson said: "It took her a while for it to sink in and then she just kept saying she can't believe they have died."

Mrs Dallow has only a few memories of the eruption, the spokesperson told the Adelaide Advertiser, adding that she "remembers it exploding and then telling everyone to run".

"She then recalled how rocks were falling everywhere and hitting her on the back.

"She remembers thinking 'when are they going to come and rescue us?'

"The next thing she knows is she is in hospital and wondering where she was."

In the days after the disaster, New Zealand officials transferred many of the injured Australians back to their homeland so they could recover closer to family members.

Mrs Dallow has been in Melbourne's Alfred Hospital burns unit, where she is undergoing intensive rehabilitation.

She is among seven Australians still in hospital.

She was unable to be among 600 mourners at her husband's funeral last month but her family wants to delay Zoe's memorial in the hope that she will be well enough to be there.

Privately-owned White Island, known by New Zealand's native Maori as Whakaari, is the country's most active volcano and people are only allowed to visit as part of a tour group.

The island, about 30 miles off the Bay of Plenty coast, was visited by more than 20,000 people each year before the eruption, according to Whakatane District Council.