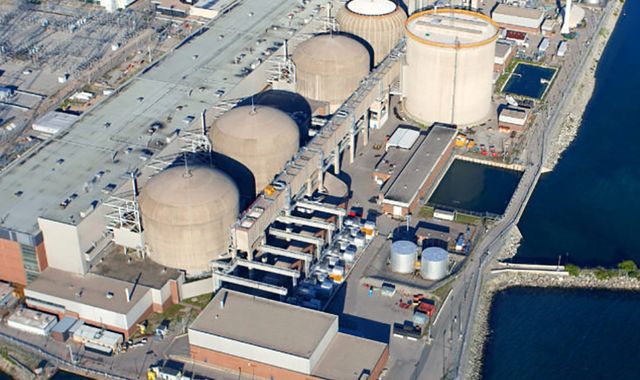 An emergency alert warning millions of people of an "incident" at a nuclear power plant near Toronto was "sent in error", officials have admitted.

People throughout the Canadian province of Ontario, home to 14 million people, were woken up by a shrill noise coming from their phones on Sunday, accompanied by a message warning an "event" had occurred at the Pickering Nuclear Generating Station.

The alert, which was also sent to television screens, said there was no abnormal release of radioactivity and people did not need to take protective action - although that did not prevent some people from panicking.

More than an hour later, people received another message saying the alert "was sent in error" and there was "no danger to the public or environment".

"No further action is required," the message said.

Apologising for the mistake, Ontario solicitor general Sylvia Jones said the alert was sent during a routine training exercise being conducted by the Provincial Emergency Operations Centre.

She said the government has started a full investigation and would "take the appropriate steps to ensure this doesn't happen again".

One man from Toronto booked a hotel in Nigara Falls, more than 60 miles away, after receiving the alert.

"Having watched Chernobyl didn't help," Jim Vlahos, 44, said, referring to the Sky/HBO series about the 1986 nuclear disaster in the Soviet Union.

"The lack of communication following the alert didn't help either.

"I have no problem leaving my phone on for these types of alerts. But I would expect some more info from the government so I wouldn't have to overreact the way I did."

Jonathan Davies, 44, spotted the alert while driving but picked up a coffee before deciding what to do.

"I can't cope with much until I have my coffee, at least a few sips. I got scared and went online but found no information," he said.

In 2018, people in Hawaii received a similar warning about an incoming ballistic missile, triggering worldwide panic until another message was sent 38 minutes later saying it was a false alarm.

It emerged an employee at the Hawaii Emergency Management Agency sent the missile alert by mistake.

Pickering nuclear station was meant to be decommissioned this year, but the government committed to keeping it open until 2024 before it is decommissioned in 2028.

Several incidents have caused panic in the area, with a pump seal failure in 2011 causing more than 73,000 litres (18,200 gallons) of demineralised water to spill into Lake Ontario, though officials said there was no significant public health risks.