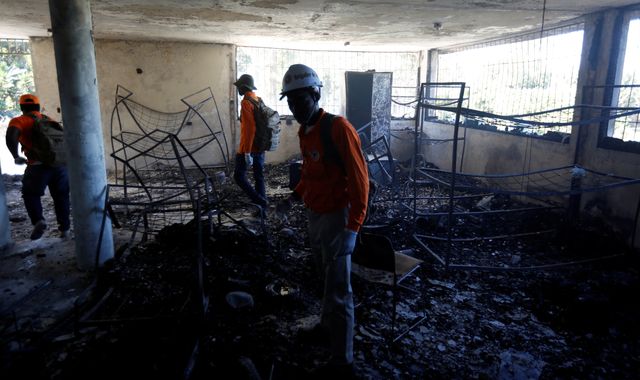 A fire at an orphanage in Haiti has killed 15 children, according to health care workers.

Staff at the Orphanage of the Church of Bible Understanding say the home - in the Kenscoff area, outside the capital, Port-au-Prince - had been using candles due to problems with its generator.

Rose-Marie Louis, who works there, says the blaze broke out around 9pm (local time) on Thursday and it took around 90 minutes for firefighters to arrive.

She said seven of the victims were babies or toddlers and the rest were 10 or 11.

Marie-Sonia Chery, a nurse at the nearby Baptist Mission Hospital, said 13 boys and girls had died.

A civil protection official claimed rescuers arrived on motorcycles and did not have bottled oxygen or ambulances to take the children to hospital.

The cause of the blaze was not immediately clear.

"This was a very tragic incident," said Arielle Jeanty Villedrouin, director of the Institute for Social Welfare, adding that the priority now was to find a new home for survivors.

She said: "We are going to place them in a transit centre while we do research on their family and see if we can reunite them with their parents."

Four in five of the around 30,000 children in Haiti's orphanages have living parents who gave them up because they were too poor to look after them, according to the government.

Coronavirus pandemic: 'It's not a question of if, but when'