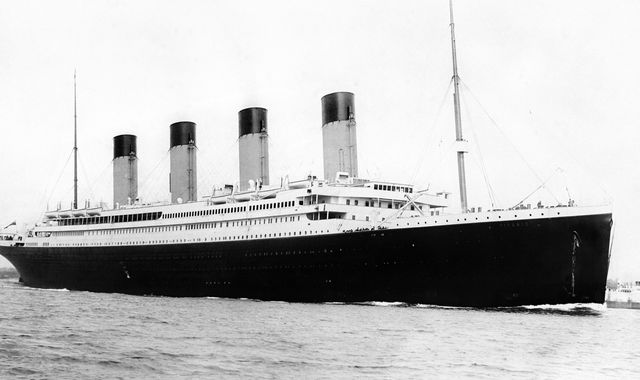 A salvage firm has been given permission to retrieve the Marconi telegraph machine that sent distress calls from the Titanic.

On Monday, a federal judge in the US state of Virginia agreed that the telegraph machine is historically and culturally important and that, if it is not retrieved, it could be lost due to the rapid deterioration of the wreck.

In a written decision, Judge Rebecca Beach Smith said recovering the machine "will contribute to the legacy left by the indelible loss of the Titanic, those who survived and those who gave their lives in the sinking".

It came to rest at the bottom of the Atlantic around 400 miles from the Canadian coast and remained undiscovered until 1985, when an international team led by oceanographer Robert Ballard located it.

RMS Titanic Inc was later declared by the courts as salvor-in-possession, giving it exclusive salvage rights but not ownership of the artefacts or the wreck themselves.

The ship has been at the centre of heated debate between those who believe its artefacts are culturally significant and should be retrieved and those who believe the site is a graveyard for the many hundreds of people killed and it should be left alone.

On the night of the sinking, the wireless machine was used by operators Jack Phillips and Harold Bride to send distress messages to other ships in the area in hope of being rescued. Mr Phillips died that night while Mr Bride survived.

RMS Titanic Inc, which recently survived bankruptcy, said in a 60-page submission to the court that it plans to reach the device using an unmanned submersible to enter through a skylight or cut the ship's corroded roof.

It wants to display the machine to tell the stories of Mr Phillips and Mr Bride who had worked on it "until seawater was literally lapping at their feet".

The messages sent "tell the story of Titanic's desperate fate that night: the confusion, chaos, panic, futility and fear", the company wrote.

The court ruling modifies one from 20 years ago that prevented any cutting into the wreck or detaching it.

The judge said the firm's plan met most requirements of the agreement, including justifying the scientific and cultural value of the expedition and considering potential damage to the site.

But there may be more legal battles to come before RMS Titanic Inc is able to go ahead.

The National Oceanic and Atmospheric Administration (NOAA) is against the expedition, saying that the machine is surrounded "by the mortal remains of more than 1,500 people" and should be left untouched.

The NOAA says the expedition breaches federal law and is also prohibited under an agreement between the US and UK, which came about after the 2000 court order.