Heartbreaking video shows the moment the main spire of Notre Dame cathedral collapsed during a large fire at the historic landmark.

French firefighters are continuing to battle the blaze at the 850-year-old building which started on Monday afternoon.

Flames could be seen shooting out of the roof behind the nave of the cathedral.

French President Emmanuel Macron postponed a televised speech to the nation because of the blaze.

He tweeted: "Our Lady of Paris in flames. Emotion of a whole nation... I'm sad tonight to see this part of us burn."

A church spokesman said all of the cathedral's frame was burning after the spire toppled.

The emergency services were trying to salvage the priceless artwork stored in the cathedral.

Officials said the fire may be linked to renovation work, according to French media.

Paris prosecutors have opened an investigation and the authorities said no-one had been hurt.

Giving his reaction, US President Donald Trump suggested “perhaps flying water tankers” could be used to “put it out”.

So horrible to watch the massive fire at Notre Dame Cathedral in Paris. Perhaps flying water tankers could be used to put it out. Must act quickly!

Labour MP Yvette Cooper said: "Have just come away from the bank of the Seine after the spire fell as I can't bear to watch any more.

"Fearful for anyone close to the flames, and aghast that centuries of history & beauty could disappear into smoke so fast."

Brazil: 30 killed in flooding and landslides after two days of torrential rain

Coronavirus is getting stronger and infections could rise, China warns 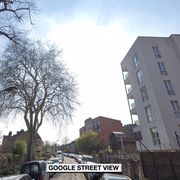