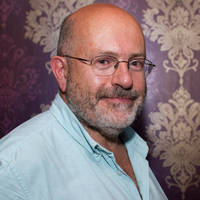 Hunting Ghislaine with John Sweeney sets out to tell the strange story of Maxwell and her role in the Epstein scandal.

Every now and then, reporters go to hellish places - I’ve stepped unwittingly in other people’s blood from the Romanian revolution in 1989 to the Bataclan in 2015 – but listening to a host of “nubiles” claiming sexual abuse by Jeffrey Epstein and Ghislaine Maxwell was grim indeed. Epstein is dead but Maxwell is very much alive and denies everything.

That denial is dark and strange because, if so, it means that all these women who say that Maxwell was a handmaiden to a mega-rich paedophile are deep in a conspiracy of lies, all the darker because they didn’t know one another at the time and, pretty much, they all say the same thing.

That is, when 14, 15 or 16, they were invited by Maxwell or her assistants to give Epstein a massage, that they didn’t know that it was going to be sexualised, that they were nearly always white, slender, just post-pubescent, free of tattoos, naïve, each and every one more child than woman.

The alternative narrative is that Ghislaine Maxwell lost everything that mattered to her – powerful friends, fancy parties, a life of luxury - when her father, Robert Maxwell, fell off his yacht in 1991 and that she got it all back and more when she fell in with Jeffrey Epstein. All she had to do was supply Epstein with fresh children.

Ghislaine Maxwell denies four charges of supplying under-age girls to Epstein for sex and two of perjury and is currently locked up in dire conditions in a remand prison in New York. If found guilty, Maxwell, 58, could face 35 years inside: a life sentence that means just that.

For the past six months I have been working on a six-part podcast investigation, Hunting Ghislaine, for LBC, Britain’s biggest commercial news-talk station. I have come away from this deep dive into the life of Ghislaine believing, one, that the evidence against her is damning; two, that sat around the high tables of Manhattan, Palm Beach, London and Windsor sit some pretty disgusting people; and, three, that a part of me feels pity for her.

Pity for Ghislaine because her father Robert was such a monster. Robert Maxwell was a war criminal, killing an unarmed man in cold blood, a thief, a liar and a bully. What is certain is that he took a “sadistic pleasure” in humiliating the people who loved him the most, his own family.

The source for this is the memoir by Robert’s widow, Betty, called “A Mind Of My Own.” She writes about Ghislaine’s father that he was “harsh, cruel, uncompromising, dictatorial, exceedingly selfish,” “despotic”, staging “vicious attacks on me and the children”. She writes to him: “When I think that I wanted to recreate your murdered family, you make me regret it now that I see each one in turn become the object of your fury.” That is brutal.

One of the unexpected pleasures of making the podcast was bumping into old friends from Fleet Street like Kenny Lennox, the great Daily Mirror photographer who ID’d the body of the drowned publisher in 1991 and Noreen Taylor, a feature writer on the paper who recalled Maxwell “dragging people into this nightmarish maze and making demands and then cancelling the demand, then making fresh demands. But not because he could get joy out of it. He was just in his own swirling nightmare as well.”

Former Mirror editor Roy Greenslade recalls Maxwell demand that a new secretary call his rival Kelvin Mackenzie at The Sun. After a long silence, Maxwell hears that Mackenzie has refused the call.

After bullying the secretary, she blurts out what the Sun editor said: “I don’t want to talk to that fat Czech c**t.” The secretary vanished, never to work at the Mirror again.

If Maxwell was like that to his staff, how did he treat Ghislaine, the apple of his eye? Monstrously says an old enemy, Richard Ingrams, former editor of Private Eye who was sued so many times by Maxwell that he can’t remember.

Ingrams said: “I believe that Ghislaine’s behaviour in regard to Epstein and everything is partly due to the fact that she had this very peculiar upbringing with this monster man as her father. People need to connect the Ghislaine story with this nasty man who is her father.”

So, from one of her father’s greatest enemies in life, for the monster’s daughter, some measure of pity.

What did Ghislaine have that Epstein wanted? One of the best contact books on earth.

There is no suggestion that the big names in her black book knew what Epstein and allegedly Maxwell were doing behind the scenes.

But there is more than a suggestion that the Duke of York, Prince Andrew, should have known that Epstein was a sexual predator of very young women. The duke denies this but from what I know now I find it hard to understand why a single penny of public money goes to Andrew Windsor, never mind £250,000 a year.

Others, too, spent a lot of time around Epstein and Maxwell without ever twigging that something dark was happening. At the top of that list would be former Presidents Bill Clinton and Donald Trump. They may be lots of things but no-one calls them naïve.

The life of Ghislaine Maxwell is a dark fairy story, one that plays out in reverse, of how a clever and beautiful woman ends up serving a monster while too many of her powerful friends look away. It’s a mirror, that shows poor and vulnerable victims to be heroic truth-tellers and some of the biggest movers and hitters on earth to be corrupt or at best, complacent, while evil stared them in the face.

Hunting Ghislaine, a new LBC podcast, begins on November 19th, available on Global Player on your smart speaker, iOS or Android device, online or wherever you find your podcasts.