The political columnist for the Daily Mail was furious with Andrew Castle for phrasing a no-deal Brexit as a "short-term issue".

The phrasing came from a Lord Ashcroft poll that found voters would prefer the "short-term disruption" of a no-deal Brexit to a Jeremy Corbyn government.

Peter Oborne argued: "It's very important to say it's not just a bump in the road or a short-term issue, serious economic projections say it will devastate business.

"This month the Bank of England say it could lead to about 2.5 million jobs being lost.

You are misleading them, by saying to your listeners, that it is a short-term issue. No-deal is a long-term which will devastate the British economy."

LBC Andrew Castle and Oborne began talking over each other, with Oborne getting progressively angrier.

Andrew asked: "Peter, how do you respond to the accusation that a political class is not representing the people that voted to leave? How do you deal with their sense of disenfranchisement?"

He repeated: "Are you going to talk abut the sense of disenfranchisement of Brexit voters if Brexit does not happen?"

Oborne responded: "Nobody is saying that Brexit voters don't count, that they mustn't have a say, we must have a serious measured discussion of the issues rather than a whole series of inflammatory slogans."

Andrew asked: "Are people stupid, are they ill-informed or are they ignorant in thinking that they might be able to take a short-term hit, get Brexit done and move on because they're sick and tired of it and thinking about its implications?"

After much more talking over eachother, Andrew asked him: "Where does this hostility come from Peter?

Why are so contemptuous of what I have to say?"

Oborne then argued: "You are presenting issues in a very black and white way that is misleading your listeners."

He said: "You have to explain that it leads to momentous consequences for the British economy, it's not short term. it's long-term. This is the point you're failing to make to your listeners. 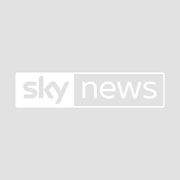