Diane Abbott Is The Chris Grayling Of The Labour Party: Maureen Lipman

Actress Maureen Lipman has likened the shadow Home Secretary to the heavily criticised competency of Chris Grayling after her local party passes a motion that rejects Labour as 'institutionally racist'.

Diane Abbott has faced criticism from Jewish Labour members after she allowed a motion calling on the party to "firmly reject" accusations of institutional anti-Semitism to pass at a local meeting.

The motion also claimed that "Labour and its current leader have a proud record of fighting racism and will continue to do so".

But in response to the criticism, Jewish actress Maureen Lipman hit out at Ms Abbott and compared her to the competency of Chris Grayling.

"Diane Abbott is the Chris Grayling of the Labour Party," she told Andrew Castle.

"You just give up really, what is she doing there?

"She's got kids in private schools, she doesn't know the numbers when she comes on the radio, and she can't control her own breath when she's speaking. 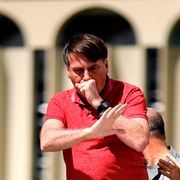