The Labour peer thinks the proposals to have a general election in early December is a way for the SNP and Liberal Democrats to say they want an election without actually having one.

Andrew Pierce asked Lord Adonis if he supported the Liberal Democrat and SNP proposals to have a December 9th election.

Adonis replied: "I don't think that they're serious about their own idea because they've said that they don't want an election before No Deal is categorically ruled out. Well, No Deal can't be ruled out unless there is legislation to rule it out.

"Because even if there's this three month extension that's being talked about, all that would do is move the threat of No Deal from the end of October to the end of January.

So I think it's just a cynical ploy, which I'm afraid you get in party politics, of saying that they wanted an election without actually having to have one."

He continued: "In the real situation that we now face, the critical issue is are we going to still keep No Deal on the table or not? The only way of not having no deal is to legislate for it and then to negotiate a long extension with the EU and I think then to hold a referendum before an election so we can actually resolve this fundamental Brexit question which underlies the whole thing."

Adonis then said: "Another election, which in all likelihood, let's be frank, results in another hung parliament isn't going to resolve Brexi.

"All it will do is lead in due course to referendum but with continued uncertainty and massive threat to business and jobs by keeping No Deal as a looming threat next January and then next summer, and then at the end of next year when we're supposed to negotiate a trade deal." 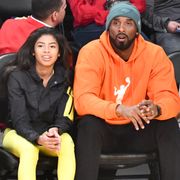