A councillor in Chuka Umunna's constituency claims residents don't know who their MP is or which party they belong to, after the former Labour and Change UK MP joined the Liberal Democrats.

Founding member of Change UK and former Labour MP Chuka Umunna said he wanted to be "at the forefront" of a "progressive and internationalist movement" when he joined the Liberal Democrats this week.

But a Labour councillor in his Streatham constituency said residents weren't sure which party he belonged to, with some even questioning whether he was still their MP.

Malcolm Clark told Clive Bull there was a "fundamental difference" between Labour and the Lib Dems, and Mr Umunna should position a by-election if there was no general election in the coming months.

"What I hear many days is residents being really confused," he said.

"They don't know if he's still an MP, they have no idea what party he represents, and this was even before he changed from Change UK to being an independent and then the Lib Dems.

"I think to get clarity for residents, to give them the fair representation they deserve, there should be a by-election.

"I think it's only a fair thing now that people do have that choice."

Coronavirus: Tony Blair says 'virtually everybody' in UK may have to be tested

A&E doctor worried for lack of protective equipment: "We're out for slaughter" 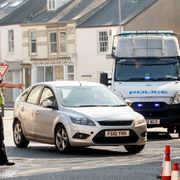 Coronavirus: Govt says lockdown depends on behaviour but expert says it should last until June