Plaid Cymru Chief Whip: Brexit Has Led To A "Huge" Surge In Support For Welsh Independence

Jonathan Edwards, the Plaid Cymru chief whip, told Clive Bull that Brexit has resulted in a growth in support for Welsh independence.

Clive Bull asked Edwards: "Some people have been saying that Brexit, if it happens, the breakup of the UK is inevitable. Are you now thinking more about an independent Wales?"

Edwards replied: "I don't think anything is inevitable but I think what Brexit has done is change the political tectonic plates and obviously the situation in Scotland and on the island of Ireland is much more advanced than it is in Wales but there's been a huge growth in support for Welsh independence since the European referendum.

"It's a direct result of what Brexit means - because we know for Wales what that means is far more Westminster control over the Welsh economy and there's been a huge reaction in Wales.

Indeed, in my speech to conference today, I said that Brexit will be, indeed, to Welsh independence what Thatcherism was for devolution. "

Edwards continued: "I think whatever happens with Brexit, Welsh independence is part of the mainstream political discussion."

Clive asked: "Do you want a referendum on that any time soon?"

The Plaid Cymru chief whip responded: "I think there'd have to be a referendum for a step like Welsh independence but I think from a Welsh perspective we are very much looking at a timetable that takes us to the end of 2020s or to the beginning of the 2030s." Coronavirus: Italy pleads for Europe to work together to halt spread of Covid-19 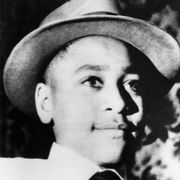