A hypnotherapist has claimed he provides a solid cure to anxiety and panic attacks saying he's "never had anyone in his chair who hasn't been cured".

Harley Street-based hypnotherapist Neil Drew called Ian and insisted “I don’t think it will help, I know it will”.

The presenter who was initially sceptical was given examples like that of a man who presented signs of social anxiety to the point where he no longer travelled out of his town and was fast becoming recluse.

Neil Drew said that by taking him “right back to its origins” they were able to identify the source of the anxiety.

He spoke about how the brain “files” things which have hurt or scared us and operates “by giving us a feeling”.

Listen to his full account in the video at the top of this page. 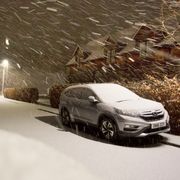