A former Labour MP and a journalist at Vice have clashed on air over why the party suffered such a heavy election defeat.

Jim Fitzpatrick was the Member of Parliament for Poplar and Limehouse from 1997 until 2019 and was interrupted by Vice journalist and Labour member Michael Segalov, who thinks the party's policies were popular and not a factor in their defeat.

Mr Fitzpatrick called for Labour MPs "to be less cautious" and "engage in the battle for the heart and soul of the Labour Party".

"I think it's just quite insulting really," interrupted Mr Segalov.

"To the hundreds of thousands of Labour members who went out and campaigned in this election to try and elect to Labour government.

"I also think this framing that we're hearing from people like Jim and others about what Momentum has been - which as a journalist who's going out to see what Momentum do - it's actually really inspiring."

The battle over the Labour leadership has begun after Clive Lewis, Emily Thornberry and Kier Starmer announce they were standing in the contest.

Mr Fitzpatrick replied to the Vice filmmaker: "I certainly don't mean to be insulting, but those who believe that you can win a general election from the hard left of the ones who care letting the country down the letting the young people there.

"You've got to inspire the British people, not young people in school and and the university. If you don't get the voters on site, then the rest of it is just a joke." 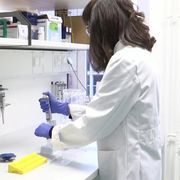