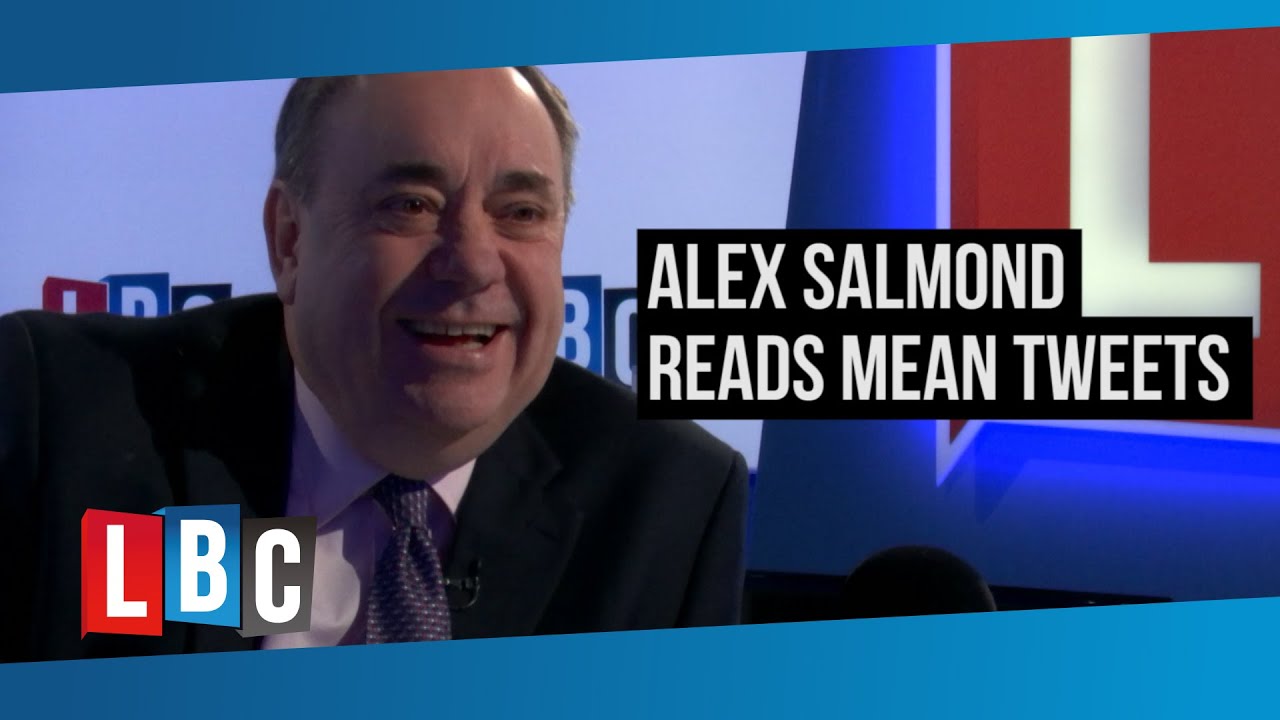 Alex Salmond has read a series of mean tweets about himself to launch his new show on LBC.

Starting on January 13th, The Alex Salmond Phone-in on LBC will be live every Wednesday from 4pm during Iain Dale’s show.

No topic will be off limits as LBC listeners will have the opportunity to call, text, tweet or email the former First Minister of Scotland and leader of the Scottish National Party directly.

To help promote the show, we asked Mr Salmond to read and respond a a few tweets we found from members of the public.

The video above is the very entertaining result.

The Alex Salmond Phone-In starts on Wednesday 13th January at 4pm with Iain Dale. Listen on Digital Radio across the UK, on 97.3FM in London or on our mobile apps anywhere you are.