Nigel Farage slammed the Labour leadership candidates as in thrall to big business as he asked a question on the Labour Leadership Debate live on LBC.

The UKIP leader said it was "great to hear Labour discussing immigration" and asked the four candidates what it would take for them to vote No in the EU referendum.

While Jeremy Corbyn said there was room for renegotiating some treaties with Brussels, Yvette Cooper, Liz Kendall and Andy Burnham all said they couldn't imagine Britain leaving the European Union under any circumstances.

Corbyn still had an attack on Ukip though, saying they were the party of "despair and cynicism. Nothing Nigel Farage has ever said or [done] will build a school, build a hospital, get a new teacher or anything else."

Nigel Farage admitted he was disappointed with the answers, saying it was "sad that Labour had lost sight of democracy".

The Ukip leader added that the four candidates werea long way from where Labour should be as a party for the working man, claiming the party was "in hoc to big business".

When asked who he backed, he said: "Well, Jeremy Corbyn is at least a socialist."

Watch the entire exchange in full above. 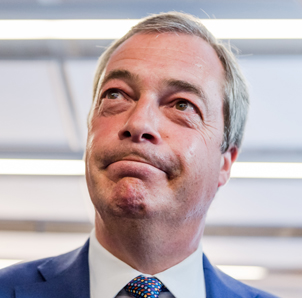 Daniel Barnett's guide to coronavirus vaccine passports - are they legal?