PC Keith Palmer, who was killed in the Westminster terror attack, is to be awarded a posthumous George Medal for bravery.

The 48-year-old father, who had spent 16 years with the Met Police, was guarding the Houses of Parliament on 22nd March when he was stabbed to death by Khalid Masood.

The brave officer confronted the terrorist just moments after the killer murdered and injured innocent members of the public on nearby Westminster Bridge.

His heroic actions cost him his life but enabled enough time for other officers to shoot and stop the assailant. 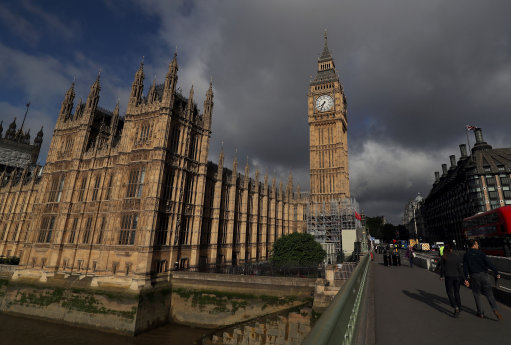 Now, he has been commended on the Queen’s civilian gallantry list - an award for heroes who have attempted to or saved the life of a British citizen who isn’t a family member or close friend.

It added: “PC Palmer did his duty. He stood his ground and placed himself between Parliament and a terrorist determined to harm those within. In doing so he made the ultimate sacrifice."

The death of PC Palmer sent shockwaves around the globe.

An online fundraising page set up after his death received over £730,000 worth of donations.

His “selfless actions” have also been praised by the Met Police Commissioner Cressida Dick.

“We continue to grieve the loss of a much-loved and respected colleague and friend while supporting his family through this truly difficult time,” she said.

“I know that I speak on behalf of all of my officers and staff when I say how immensely proud we all are that PC Palmer is to receive posthumously the George Medal for bravery. It is an honour that could not be more deserved and I know it will mean a great deal to all those who knew and loved him.”