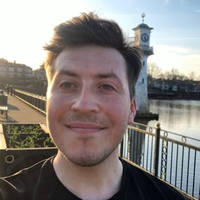 Paula Radcliffe has told LBC today's London marathon "defies the odds" and will give a much needed boost to charities which have taken a "backseat" during the pandemic.

Speaking to LBC, the three-time London Marathon champion said the fact the marathon is going ahead means, "This means we are standing up and saying we will go on with what we wanted to do, it will inspire a lot of people it will make a difference to a lot of people.

"It's' not life being normal but it is resisting and making it happen anyway," she added.

"Let's not forget the wider impact of whats going to happen, so yes it's going to inspire a lot of people it will show a lot of people that these people got out there and made it happen despite everything that's going on around us."

She added that the many of the charities which people are raising money for have "really struggled through this lockdown" and those who rely on their help will have been missing out on vital care and support.

"So i think it is that wider impact as well as the fact that this the London Marathon defying all the odds, it's the only major marathon to make this happen," she said.

"Plus the 45,000 people are doing the same thing and made it happen and the big amounts that they will have raised to try and minimise the impact on all those other illnesses and diseases out there.

"They've have to take a backseat during this pandemic and that probably shouldn't have been the case, so this is now focusing the attention on the fact there is a huge need for a greater investment in trying to combat other diseases."

Read more: What are the Covid-19 guidelines and how will the virtual race work?

As many as 45,000 people will run or walk the 40th London Marathon along their own 26.2-mile route on Sunday after the usual mass event was scrapped due to the coronavirus pandemic.

The annual race was due to take place on April 26 but was pushed back to October 4, and it was later decided only the elite athletes would be able to race in central London.

Other participants will now take part wherever they choose and people will be on the streets of the UK and 109 other countries completing their own marathon between midnight and 11.59pm.

People are able to break up the distance however they like across the day and event director Hugh Brasher said: "It was about inclusivity, removing the pressure that people can feel on event day.

"There's a reason we have a cut-off, because we have to reopen roads, to reopen London to get it back up and running. But that pressure is removed."

The marathon's vision is Inspiring Activity and Mr Brasher said the unusual 40th event fitted with that vision.

He said: "We are delighted to say that's how we believe the 40th race should be run. A celebration of achievement.

Asked if he would feel relief when the 2020 Virgin Money London Marathon was finally over, Mr Brasher told PA: "What I hope is after the marathon I will feel enormously proud of what the team has achieved, what the public will have achieved and what the elite athletes will have achieved.

"It will live in my memory for a long, long time."

Many runners in the UK will face wet and windy weather, with a Met Office rain warning in place until noon which covers Wales, eastern Scotland and much of England.

Corbyn: Angela Rayner's Tory 'scum' comments 'saying it like it needs to be said'