LBC Views: The Times They Are a-Changin' in the new world of woke, Nick Ferrari writes 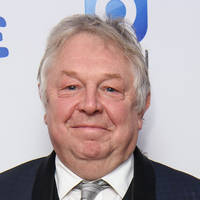 LBC Presenter Nick Ferrari examines the new world of woke and cancel culture we find ourselves living in, with his LBC View.

While not pretending in any way to be a fully signed-up fan, that Bob Dylan song ‘The Times They Are A Changing’ came to mind the other day as I was singing in the shower.

A picture of the Queen has been removed from a college at Oxford University. A newspaper columnist is ‘sacked’ for making an ill-advised comment about the naming of the new royal baby and a leading barrister who joined in is suspended.

It’s the world of woke, where virtually everyone seems to be on the point of grievous offence 24 hours a day, and any attempt at something humorous is deemed anything but a laughing matter.

If you’ve listened to me for any time, you’ll be well aware it has always puzzled me how a statue, hall or picture can be seen as racist, but that was the verdict on a photographic print of the Queen from 1952 that was once on display at Magdalen College at Oxford.

Never mind the prime mover seems to be an American student so the actions can be seen to be grossly discourteous to his “host nation,” it is also pretty chilling that the students involved in this are odds on favourites to land the top of the top jobs in running the country.

It was a royal connection that got newspaper columnist Julie Burchill in hot water too. Miss Burchill used Twitter to comment on the naming of Prince Harry and Meghan’s new daughter.

Calling it a “missed opportunity” she added: "They could have called it Georgina Floydina!” This was a reference to George Floyd, the black man who was murdered by a US police officer last year and that sparked worldwide protests against racism.

This ‘joke’ was wrong on so many levels – referring to the baby as “it” and seeking to derive humour from murder –but does it mean she should be silenced? Is this the cancel culture we hear so much about?

She has claimed the Sunday Telegraph has “sacked “ her, but they maintain she was neither on staff nor on a freelance contract.

The laudable cause of many anti-racist campaigns is to educate those who need it so if someone does make such an ill-judged comment why can’t they be offered the chance to learn from her mistake? To keep the idea of song titles going, Silence ISN’T Golden here, as it would be a far more potent message if it could be shown someone had benefitted from learning more on this matter, wouldn’t it?

After an exchange with Miss Burchill, the barrister ended the conversation with the one word: "Doprah?” obviously bringing Oprah Winfrey into the fray. Miss Toch was suspended by her legal firm “pending an internal review.”

What the hell is there to review? Again, this is a case of questionable and ill-advised humour, but career-ending? Surely not.

History shows what happens when people are ‘silenced.’

Back to that Dylan song and towards the end it has the lyric “For the loser now/Will be later to win.”

For the sake of our nation and indeed our sanity, here’s hoping.