A lion cub who was found chained up inside a Parisian apartment has been returned to his ancestral home, and LBC was there to see the special moment.

King was just two-months-old when he was rescued from a tiny cage in the French capital.

Emergency services were given a tip-off the cub was being held illegally after pictures of him being abused appeared on social media.

It took Horsham-based charity Born Free almost a year’s work to arrange for King to be transported to their Big Cat sanctuary in South Africa.

And earlier this month he took off from Heathrow in a custom-made crate - which weighed approximately 150kg.

His journey covered more than 6,000 miles and was King constantly monitored by a vet before eventually arriving at the Shamwari Game Reserve.

He didn’t give it a moments notice as he bounded straight from his crate and into his new home.

King will now spend the rest of his life at the hectare-and-a-half sanctuary, as experts fear he’d never be able to fend for himself in the wild.

It’s complete with a jungle gym and swimming pool as well as 17 other big cats.

Watch King’s journey in full above. 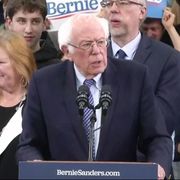