Talking on his LBC show Castle delivered this withering put down to the Juncker for his dismissive tone following the vote by the British people.

“How dare you dismiss what we have all said. Whether I said it or not is not the point.”

“We spoke and you dismiss it. There is exactly the problem with the perception of the European Union.”

“Some guy. Wearing a suite, who we never voted for staying there and dismissing us. This island nation thats won two world wars and been a beacon for years.” 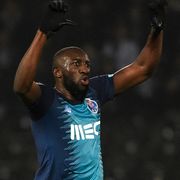