The former gang member said that "no youth club" is going to prevent a child going out and stabbing someone.

Sheldon Thomas, a former gang member and Chief Executive of Gangsline, spoke to Andrew Castle about the rise of gang violence in London.

In particular, they were referencing the three fatal stabbings in London within hours.

Thomas said: "Part of the problem is that the community is not taking enough responsibility.

"Part of it is that a lot of parents want to blame somebody, but themselves.

"You've got to understand this, my child goes out and stabs somebody, how do I blame the government for that? No youth service, no youth club is going to prevent that.

"It's my duty as a father, and as a person that was a former gang member, to instil certain principles and morals into my child's life.

"Now, if my child chooses to ignore that, and go out and commits the crime, I'm as much to blame as anyone else.

"So I think part of the problem, even from my days when I was in involved in gangs, we just seem to turn a blind eye to what our own kids are doing and today it's even worse.

More kids spend more time on social media than they do being parented and most parents who are either not working or are working, don't spend enough time with their kids."

Andrew Castle said that it's remarkably "rare" to hear somebody blame the parents.

Thomas continued: "Your child gets up, picks up a knife and goes out the front door. How on earth can a government prevent that? We have to look at ourselves as well."

The "elephant in the room", he said, is absent fathers. 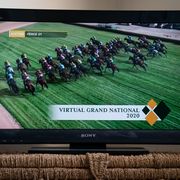