The Labour MP for Vauxhall will not stand as a Labour candidate again - but she told Andrew Pierce that she would "never say never" to the idea of defecting to the Brexit Party.

Andrew Pierce said: "I know you're standing down at the next election. What if somebody tried to persuade you to run again? Maybe under a different banner. Brexit party, for instance?"

Hoey replied: "Well, we'll see what happens over the next couple of weeks or so. I mean, I'm very keen to get us out.

"I certainly made a commitment some time ago that I wouldn't stand again as a Labour MP and let's see what happens.

"You know, you can never say never but at the same time, you know, I am getting on Andrew and I've had my 30 years in Parliament and maybe it's time for some new people.

"It's just that sometimes you think, oh, my goodness, what is Parliament?

You know, the reputation we've got is so sad now because I genuinely feel people out there looking at us and you almost feel embarrassed to, sort of, say you're an MP these days."

Andrew Pierce then said: "It's not a very good parliament. Do you go along with the line it's a zombie Parliament, Kate?"

She agreed but pointed out that she abstained on the second reading of the recent Brexit bill because "there were some bits in it about Northern Ireland that absolutely need to be clarified and there are other things that I that I don't particularly like."

She then called for a general election and said she cannot stand people who are just "really want to revoke Article 50, they don't want us to leave."

"Dominic Raab in charge for too long could be problematic" 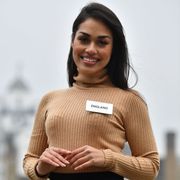