The SNP politician thought it was "frankly ridiculous" that a party who are "supposed to be in favour of remaining or even revoking article 50" wouldn't look at the option of having Jeremy Corbyn as a caretaker PM.

Clive Bull put it to the SNP MP for Inverness, Nairn, Badenoch and Strathspey that they couldn't install Jeremy Corbyn as a caretaker prime minister "without the support of the Lib Dems" and "they're saying no the idea."

Hendry replied: "I think it's frankly a ridiculous position for the Lib Dems, where they're saying they wouldn't look at any option to avoid the risk of a no-deal Brexit.

"This is a party that is supposed to be in favour of remaining or even revoking article 50.

Yet they wouldn't do what they need to for a few days perhaps in order to make sure we can get to a situation where we can hold a general election in future."

He then told Clive Bull: "It's incumbent upon them to have another think."

He urged the Liberal Democrats to "follow the example of the SNP, working across the benches" to secure protection from a no-deal Brexit.

Hendry responded that it "probably would only be a matter of days" to secure their goals.

"I partied like it was the end of the world": This caller enjoyed coronavirus self-isolation 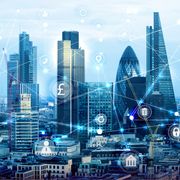