"I'd Probably Be Better Off Not Working", Teacher On Universal Credit Tells Ian Payne

The caller told Ian Payne that Universal Credit is a "punitive" system and she might even be better off if she didn't work at four different colleges.

Six of her colleagues, she said, are also on Universal Credit and "can't manage".

The caller told Ian Payne that because of Universal Credit she is struggling financially and having to share a one bedroom flat with her daughter.

She explained: "For every pound that we earn, we get 63p deducted.

She went on: "So, basically, there's a ceiling with how much you can get for Universal Credit.

So anything over that you get taxed."

Georgina added: "Whatever hours I do, I end up at pretty much the same."

She then told Ian Payne about how difficult it is to get permanent contracts in further education and how her hours are variable and unpredictable.

Georgina said: "I would actually probably be better off not working."

Ian responded: "That's exactly what Universal Credit was NOT intended to do."

The teacher said that when documents are filed, "they treat you like you're there to scrounge".

The full clip can be watched at the top of this article. 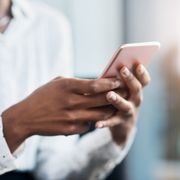