This Terrifying Weapon Was Found On A 16-Year-Old Boy

Police have arrested and bailed a 16-year-old after they found him in possession of this knife. 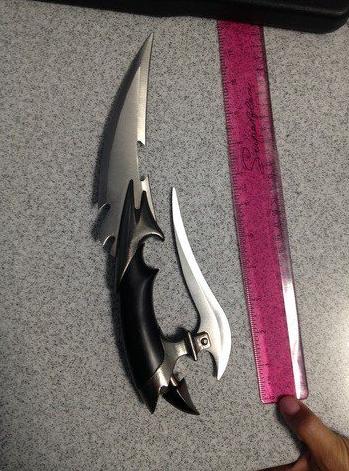 The boy was found with this terrifying weapon on Chingford Road in Walthamstow.

The Met Police have said he was arrested and bailed.

The image comes alongside a series of other pictures released by police of knives found on people in the area.

Officers carrying out a weapon sweep on Wood Street E17 found and seized this knife.#StopKnifeCrime pic.twitter.com/nrrs2C3LFf

Another weapon taken off our streets after a knife was found in a bush on Churchill Terrace E17#StopKnifeCrime pic.twitter.com/FC320T7LuB