A 100-year-old woman has been violently mugged outside her own home in north London.

The victim was pushed to the ground and her handbag was stolen in broad-daylight in Tottenham on 23rd August.

Jackie McIntosh, the victim's grand-daughter told LBC she was scared to go back to her home.

Having just arrived home on Sherboro Road after being out at a prayer meeting, she was approached by a man who said he was there "to do the electrics".

She said she did not need any electrical work at which point the man pushed her to the floor and grabbed her handbag.

The suspect is described as white and aged around 35 years.

The victim was taken by the London Ambulance Service to a north London hospital as a precaution but was not injured during the incident.

Her handbag, containing between £250 and £300, was stolen along with some personal items.

Detective Chief Inspector Luke Marks said: "This was a despicable attack on a very elderly lady who lived independently and is now fearful to return home.

"At 100 years old she had the sense and foresight to dismiss the suspect when he tried to con her into unnecessary electrical work but he then decided to mug her instead.

"She is naturally extremely distressed and shaken by what happened and we are appealing for help to catch his man before he targets someone else.

"Did you see him running from the area on 23 August, pursued by another man, and making off along the A10? Please come forward with any information." 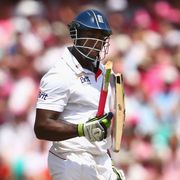 Nick Ferrari incredulous as Schools Minister awards himself an A-minus