The neighbour of a rapper who was stabbed to death in Camberwell last night has pleaded with other drill artists to help end London’s knife crime “madness”.

Incognito, 23, whose real name is Siddique Kamara, died in the attack on Warham Street at 19:20 on Wednesday.

It happened on the same street where another member of the rap group Moscow17 was shot dead in May.

Two men, aged 18 and 19, were arrested nearby and remain in police custody, the Met says.

Andre Montgomery-Johnson, who lived near Mr Kamara, issued a passionate plea to other drill artists after the capital's knife crime death toll continues to rise.

Speaking to LBC’s Rachael Venables, the journalist who has interviewed Moscow17, said: “Have an honest chat with yourself - are you making music to inspire, or making music to destroy?

“Please think about that because people are dying, careers are being cut short so please think.

Mr Montgomery-Johnson added: “I’m praying, I’m hoping that there can be a change in the streets because this is madness. 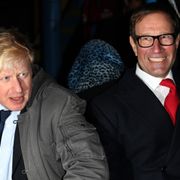